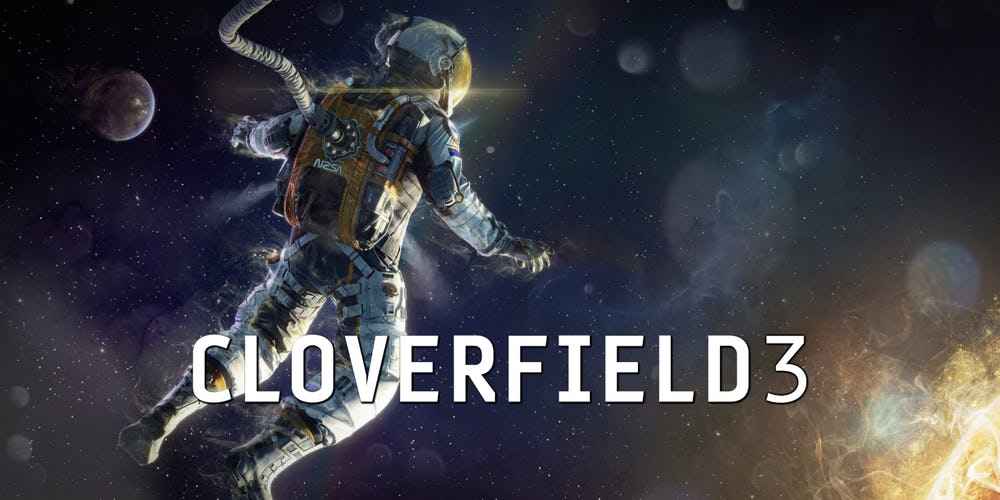 Netflix is making a big move and is currently in talks to acquire Cloverfield 3 from Paramount Pictures. Netflix has been making moves to cement itself into the film world with some of their movies garnering some Oscar nominations. The long-awaited Sci-Fi alien film from Bad Robot Productions marks the third installment in the J.J. Abrams produced Cloverfield franchise. First was Matt Reeves’ Cloverfield in 2008 which gave us a film that mixed kaiju action with a found footage narrative and continued with Dan Trachtenberg’s 10 Cloverfield Lane which came out in 2016. Personally, I am not sure which I like more of the two, but I like what they both did. Unlike those films though, the lead-in to, and production of, Cloverfield 3 has been strikingly different.

Cloverfield 3 (which is rumored to be titled Cloverfield Station) originally went by the name God Particle, which was an original concept from director Julius Onah and screenwriters Oren Uziel and Doug Jung. Their story centered on a team of astronauts aboard the International Space Station (ISS) who witness the Earth vanish before their eyes after a particle accelerator experiment goes horribly wrong. Just like 10 Cloverfield Lane (originally titled The Cellar), God Particle was reworked into a Cloverfield sequel during post-production, but the numerous delays have caused fans to question if it will ever get out of production and into theaters. Although Cloverfield 3 is set to premier in April, recent rumors indicated that Netflix was interested in acquiring global distribution rights for the film, something that has been confirmed by multiple outlets. The deal is looking like it will be getting the green light too!

If the deal does happen to go through, this can be great news for fans of the alien franchise. The film could hit the streaming service much earlier than the proposed April 20th date. Huzzah!

Although the acquisition of rights may seem a strange move for Netflix, it’s not a deal that is unheard of between the two studios. This deal comes on the heels of Netflix acquiring international distribution rights (China excluded) for Alex Garland’s Sci-Fi thriller, Annihilation, starring Natalie Portman in the lead role. Annihilation is another Paramount film that was picked up by Netflix last month, though the movie is still releasing in theaters domestically in February. That deal makes the current deal for Cloverfield 3 all the more likely to go through.

Why the sudden big movie dump on Paramount’s end all of a sudden to Netflix (and possibly other streaming services as well)? New studio chief Jim Gianopulos (who joined the studio in the spring of 2017), is unloading all the movies that may not perform well theatrically against bigger competition, especially in the overseas markets. After all, the Cloverfield movies, don’t rake in hundreds of millions of dollars worldwide, though they are still financially successful enough to warrant sequels.

While the first two movies were relatively cheap to produce and brought in pretty decent gross numbers, Cloverfield 3 had a much higher budget and a more prominent cast as well, such as Daniel Brühl, Gugu Mbatha-Raw, and David Oyelowo. THR‘s sources say Abrams was planning on making additional changes to the movie during post-production, but since he’s been preoccupied with developing Star Wars Episode IX, he hasn’t had the time to make the planned alterations.

Instead of waiting for Abrams, the studio decided to push out the film in it’s current form and call it a day so they can focus on larger endeavors that will potentially gross better. Let’s see how this one pans out. Anyone else getting feelings of Dead Space at all? Maybe it’s just the Event Horizon fan in me. I love Sci-Fi on space stations.

Next post Tom Cruise Has Revealed The Title of The Next MISSION: IMPOSSIBLE and MORE!