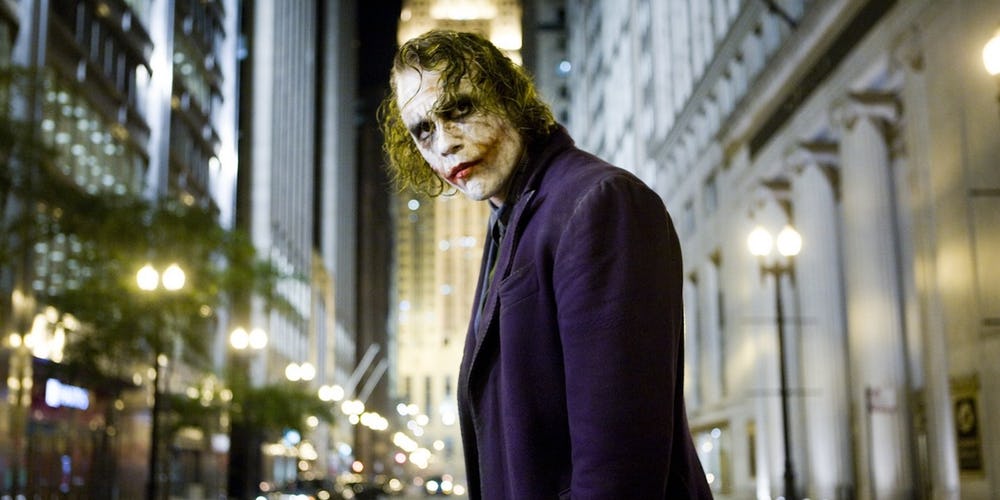 The Dark Knight is, by far, one of my absolute favorite movies of all time. It is actually one of the very few movies that I have given multiple viewings in a theater; both standard and IMAX. While I am excited with news spilling about Matt Reeve’s The Batman; The Dark Knight stands strong in my memory. The one thing that truly propelled this movie for me was Heath Ledger’s performance as The Joker. I was finally able to see one of the most iconic villains of all time on the big screen again since Tim Burton’s Batman in 1989. Jack Nicholson did a marvelous job with the character, but Ledger was mesmerizing. 10 years after the actors passing and his work and method to become The Joker continues to astound us all. Christopher Nolan also took the time to reflect on the making of the film.

BBC Radio 1 published an interview with Nolan on the 10th anniversary of Ledger’s death. In it, the filmmaker briefly looks back on Ledger’s masterful portrayal of the Joker; beginning with the actors penchant for improvising while on set.

“He would sort of give me hints about what he was going to do. We would talk about it a bit. And I would try and be an audience for him and sort of engage with him, what he was doing. But a lot of it was about unpredictability, and I think he wanted to play his cards close to the chest. He would very gradually reveal to me the ‘voice’ and the way he was going to do things – but not in one go, like, ‘Here’s the Joker’.”

“We watched him sort of develop it, with the wardrobe and the makeup, and I kind of got to be a part of that creative process, which was great fun, but on-set, there were always moments like that clapping or things he would do with his voice. His voice was so unpredictable. He created this bizarre pitch. I’ve seen a lot of people try and imitate it since. But we never quite knew if he was going to go high or if he was going to go low. You never knew what that guy was going to do, and that’s what was terrifying about him.”

As an actor myself, I would have absolutely loved to have seen Ledger’s process of bringing the Joker to life in person. Ledger’s outstanding performance as the Joker garnered him a nomination and a posthumous win for Best Supporting Actor at the 2009 Academy Awards. It was the first and only time, so far, that a cast member of a superhero movie had won in an acting category at the Oscars. It is a performance that has left some very large shoes to fill for any actor looking to play the role or that has played the role. Nolan also believes that Ledger’s performance is important for film history.

“I took huge pride in having been in any way involved with this great performer and his legacy. He was an extraordinary person and an extraordinary actor. And for him to be recognized in that way, I think, was very meaningful for his family and meaningful, I think, for film history. What he contributed, and he contributed in many different ways to film history, but that it be marked in that way, I was very proud to be a part of it.”

While all of the Batman movies hold a special place in my heart, nothing beats what The Dark Knight accomplished in my eyes. It set the bar for what a superhero movie should feel like when you are watching it. It set the bar for how you should feel a week later when you are still digesting what it was you saw and how it unfolded. Ledger also set the bar on how to truly encompass and become a character, not just for comic fans’ sake, but for actors everywhere. The Joker aka The Clown Prince of Crime will forever live on in this brilliant actors performance in a truly groundbreaking film for comic fans everywhere.

Next post Reynolds Signs Deal With Fox, Will Produce And Star In CLUE With His DEADPOOL Writers!