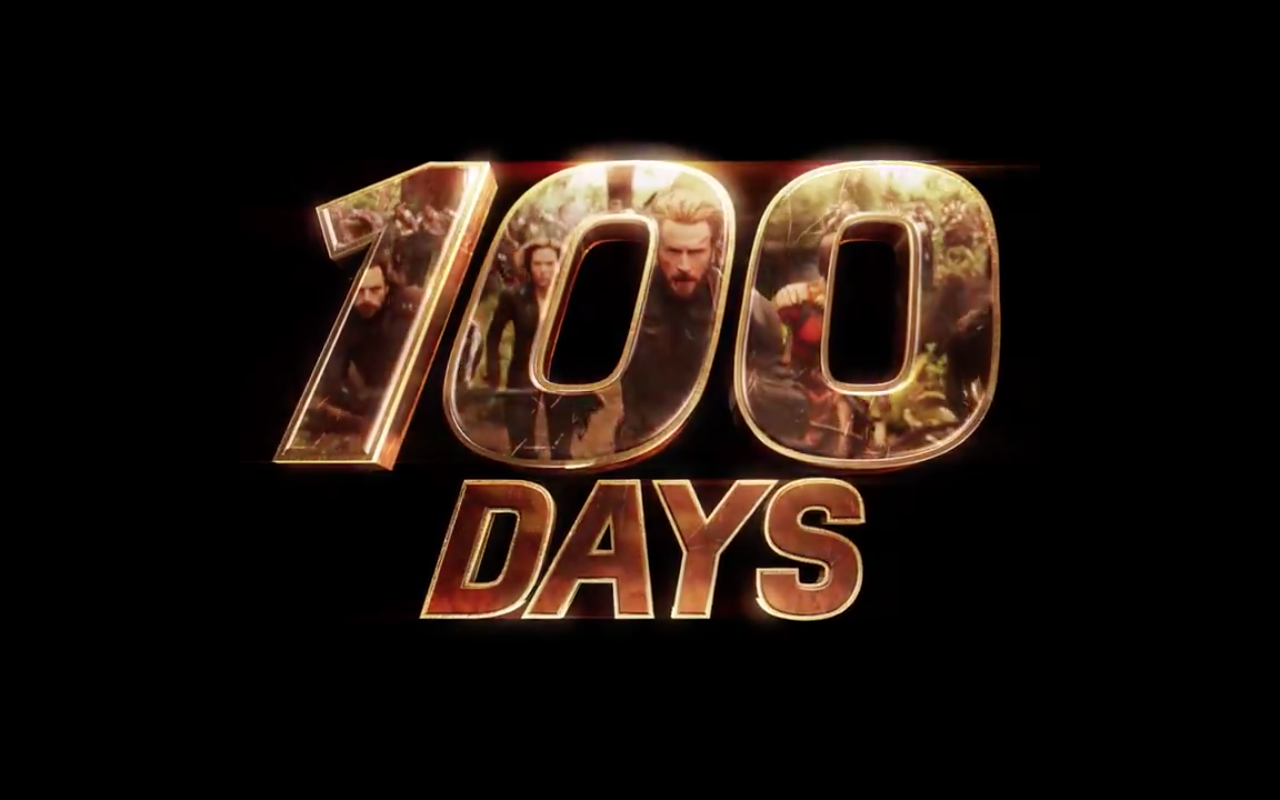 We’re only 100 days until Avengers: Infinity War comes out- a cinematic event that will be the culmination of 10 years of storytelling. Marvel Studios released a short video clip today to commemorate that fact.

Also, we’ve been tracking the Road To Infinity War with our own, weekly retrospective series. You can check them out here:

We’re dropping one every Monday between now and the arrival of Infinity War!

You can check out the neat way Marvel Studios is honoring the “100 Days” milestone, via the official Captain America twitter account, right here:

As the Avengers and their allies have continued to protect the world from threats too large for any one hero to handle, a new danger has emerged from the cosmic shadows: Thanos. A despot of intergalactic infamy, his goal is to collect all six Infinity Stones, artifacts of unimaginable power, and use them to inflict his twisted will on all of reality. Everything the Avengers have fought for has led up to this moment – the fate of Earth and existence itself has never been more uncertain.

One thought on “Marvel Celebrates That It’s Only 100 Days Until AVENGERS: INFINITY WAR!”