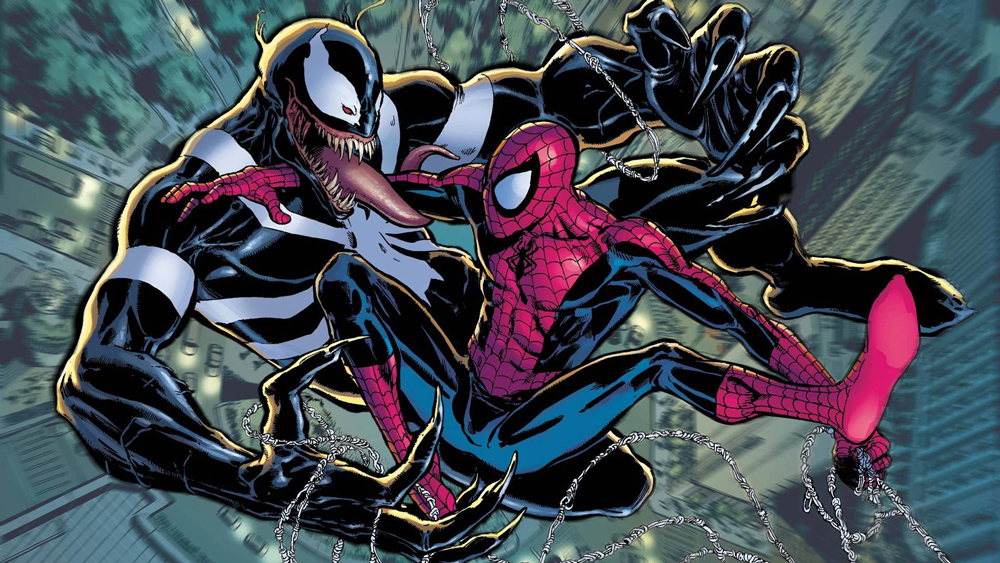 In the days since this rumor hit the net, it’s now been clarified that it will be Tom Holland as Peter Parker that’ll appear in Venom. The initial rumor had people thinking we’d get to see him as Spider-Man in the film, but now it’s merely a Parker cameo we’re talking about.

If there’s one aspect about Sony’s upcoming Venom movie that has people scratching their heads it’s that the film, about one of the most-loved characters in the Spider-Man mythos…isn’t going to have anything to do with Spidey! People connected to the film have said in a variety of different ways that Venom, starring Tom Hardy and directed by Ruben Fleischer, will not be a part of the Marvel Cinematic Universe, and that Tom Holland’s Peter Parker/Spider-Man would not be in the film. But a new rumor making the rounds suggests that may not be the case, after all!

According to Jon Schnepp, a respected contributor for Collider and a filmmaker in his own right, we will see the wallcrawler we got to know and love in last year’s Spider-Man: Homecoming pop up in Venom. Here’s what I said during a recent Collider Movie Talk:

“I’m gonna say it right here on this show, Spider-Man is gonna be in Venom. For the last couple months, we’ve been talking about Venom, we’ve been hearing about how Sony’s keeping it all separated. Spider-Man’s in the Marvel Cinematic Universe but every other character that’s in the Spider-Man universe is separate.”

In what capacity, though?

“Like a cameo, like a who-knows-what-eo. All I’m sayin’ is Spider-Man, and I’m talkin’ about Tom Holland’s Spider-Man, is gonna be in Venom.”

Whoa! There’s a lot to process here, as so much of what’s been said about this film has centered on how Spider-Man will not be in it. This means one of three things:

For the time being, we’ll have to wait and see.

All I can say for now is that I hope it’s true, as a Venom movie without Spider-Man is like a Joker movie without Batman, and no one would ever dream of doing that, right?

Which of those three options about this rumor do you think is the most likely?

8 thoughts on “(UPDATE) RUMOR: Will SPIDER-MAN Show Up In VENOM After All?”

Next post Johnson Explains Why The Knights of Ren Were Absent From STAR WARS: THE LAST JEDI