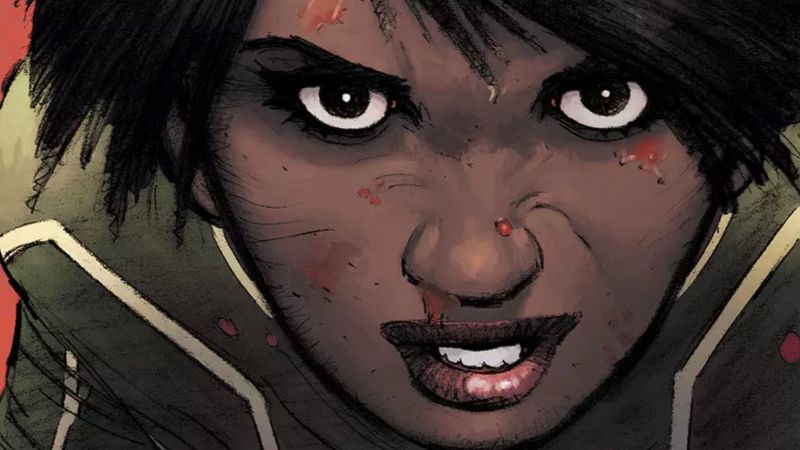 Last month, I had the pleasure of having Mark Millar appear on my El Fanboy Podcast for a one-on-one interview. We spoke candidly about a number of things, but when it was over I was left kicking myself because I forgot to ask him about the new Kick-Ass books he’s launching in February. He’s got an exciting new take on the character, and I had intended to pick his brain about it. I also didn’t get to ask him about the Starlight movie starring Sylvester Stallone! Oh well. Guess this just means I’ll have to get him on the show for another chat soon…

While I may have missed the boat on asking him, Millar took to twitter yesterday with an exciting bit of fan-casting about who he’d cast if the new version of Kick-Ass were adapted into a film like the previous version was. His choice is inspired, and it’s someone who clearly doesn’t mind acting in comic book movies:

A lot of fans asking who I’d want as this new Kick-Ass. To be honest, one choice really jumps out and that’s @TessaThompson_x. https://t.co/h3llrt75qO

That’s right. If he had his way, he’d get the Valkyrie herself, Tessa Thompson, from Thor: Ragnarok to star as the new Kick-Ass, assuming this version takes off like the last one did.

If you didn’t get a chance to hear my chat with Millar, in which he opened up about that much-ballyhooed “Superman Pitch” he supposedly gave to Warner Bros 10 years ago, and even discusses what ideas he and Matthew Vaughn had- and have– for the Man of Steel, you can check it right here, or you can subscribe to the El Fanboy Podcast anywhere podcasts are found:

And stay tuned, because the next episode of El Fanboy arrives tomorrow on its new day: Friday (#FanboyFriday).

What do you think of Millar’s idea for the new Kick-Ass? Sound off below!

3 thoughts on “Mark Millar Does Some Fan-Casting For New KICK-ASS, More”

Next post (UPDATE) RUMOR: Will SPIDER-MAN Show Up In VENOM After All?