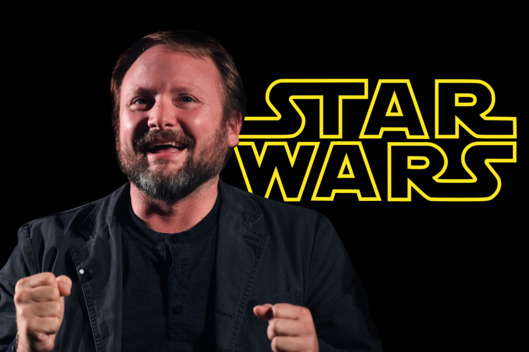 Before Disney came along and bought LucasFilm and the beloved Star Wars franchise, there was a very rich history of Expanded Universe stories chronicling adventures before, after and detached from the Skywalker saga the films have been built around. However, when Disney took over they quickly hit the reset button on all of that, labeling it as non-canon “Legends,” squashing any chance of those tales being adapted for the then upcoming VII, VIII, and still upcoming IX. Much to the chagrin of fans, these new films wouldn’t have to abide to those stories and Disney could now push the franchise in the direction they wanted it to go and give filmmakers more freedom (as well as make tons of money off of new in-canon EU stories, comics, shows, etc.).

The new EU of Star Wars is still quite rich and with the announcement that Rian Johnson will be spearheading a new trilogy of Star Wars films, fans immediately set to task trying to figure out which of the new, canon EU tales he might adapt (or fan-favorite games like Knights of the Old Republic and the never-finished Star Wars: 1313). Well, fans may have to look forward to other mediums adapting them, because Johnson is way more interested in exploring original ideas, in a different part of the galaxy. As CinemaBlend reports from a recent Q&A, Johnson had this to say:

“As we got to the end of Episode VIII, we had a great time working with Kathy and with Disney and we kind of said ‘How can we keep this party going? How can we keep working together?’ And I kind of threw out there, like the most interesting thing to me would be to tell a new story told over three movies where we go someplace else. And we go, kind of the potential of like a wide-open blue sky of, let’s go to a different part of the galaxy. Maybe a different time. I don’t know. Let’s meet some new characters and let’s figure out what Star Wars means separated from some of the inconography that we’ve associated it with. Let’s take it someplace else and see what that would be like. That just seemed like a really interesting question to ask.”

One glimmer of hope for fans that don’t want this new trilogy to fly too far off into hyperspace still exists, as Johnson has not entirely ruled out the possibility of familiar characters appearing. Johnson is quoted by Yahoo! saying, “I’m just starting to think about it, and get into, so who knows? I want to keep it just totally wide open in terms of possibilities. That’s what’s so exciting about it right now, just the notion of one story, three movies, the sky’s the limit. We can really do anything. The possibilities are thrilling.”

So, what do you think? Judging by the quotes, this new trilogy is likely a ways off giving us plenty of time to speculate. Are you thrilled at the possibilities of leaving the Skywalker saga behind or still hoping for some connection? Upset they aren’t adapting Knights of the Old Republic? What unexplored or underexplored aspects of the current universe would you like to see tackled? Let us know in the comments below.

Star Wars: The Last Jedi, directed by Johnson, is in theatres now. The J.J. Abrams directed Star Wars Episode IX is currently slated for release in 2019.

Previous post Is SOLO: A STAR WARS STORY Another JUSTICE LEAGUE In The Making?

Next post JUSTICE LEAGUE Blu-Ray To Have A Bonus Scene, And What About The Extended Cut?