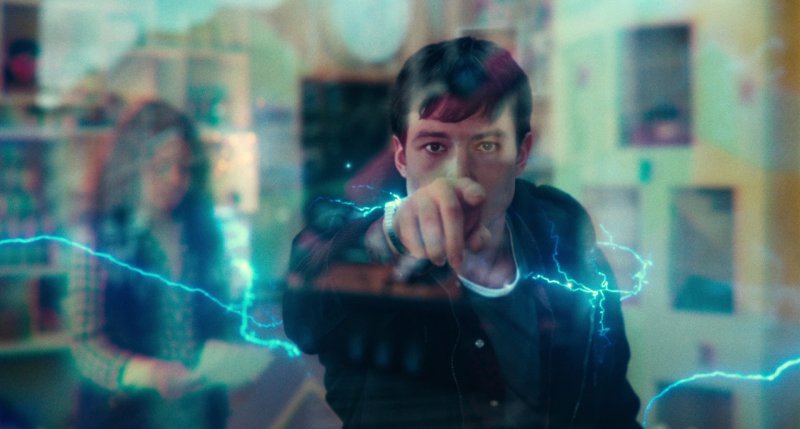 It’s hard to believe we’re already shifting gears and discussing the home release of Justice League, considering today marks only two months since it premiered in theaters, but- alas- here we are. The film didn’t perform the way everyone had hoped in a multitude of ways, so Warner Bros. is now busy figuring out how to maximize those blu-ray sales. As such, Walmart is advertising an interesting exclusive for the version of Justice League you’ll find on its shelves.

While many are campaigning for a Snyder Cut of Justice League, for now they can look forward to Walmart’s version which boasts, vaguely, that it includes a “Bonus Scene Not Seen In Theaters!” What this means is still up in the air. Is it the sequence that had once featured Kiersey Clemons as Iris West which was reportedly reshot with a different actress specifically for the home release? Is it one of the other scenes that were cut from the theatrical cut but were glimpsed in trailers? Is it a Zack Snyder scene or a Joss Whedon scene?

At this time, there’s no answer to those questions.

What we know at this time is that Warner Bros. is considering all kinds of options for its home releases of Justice League. Already there are two: One standard version with the theatrical cut, and this Walmart Exclusive with a bonus scene. Last month, our editor-in-chief revealed on twitter that the studio was mulling over an Extended Cut that would be part of a Superman Trilogy set that would include Man of Steel and Batman v Superman: Dawn of Justice. At the time, Mario-Francisco Robles reported that the studio was working on a version of the film the featured additional scenes which would- like the theatrical cut- include the work of both Snyder and Whedon; Essentially, any scenes they deemed would help the film, regardless of who shot them. While this Walmart could technically count as a confirmation of that scoop, MFR has a feeling there’s a real extended cut coming.

It’s a savvy move, having multiple versions floating around. After Justice League failed to live up to its box office potential, the studio can make milk everything can out of the home releases by offering both regular and special editions of the film.

What are you going to do? Snatch it up on day one, or wait for an eventual Extended Cut? Or are you someone who’s going to wait patiently to see if a Snyder Cut ever comes to fruition? Are you, perhaps, some sort of completionist who wants every version of it? Let us know!

One thought on “JUSTICE LEAGUE Blu-Ray To Have A Bonus Scene, And What About The Extended Cut?”