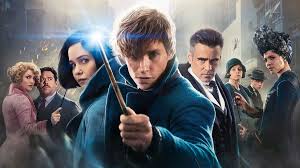 The Harry Potter series of movies has been a big hit and spilled its world over into Fantastic Beasts and Where to Find Them which captured the imagination of audiences not just with its amazing creatures but with the incredible scenery. The Harry Potter world has always shown amazing views while magic bolts flew across the screen or giant winged beasts flew into the sky and this is not going to change. In an interview with Entertainment Weekly, and reported by Comicbook, the director David Yates of The Crimes of Grindelwald shared that the Fantastic Beasts series of films, which is five total, will have its sets in different cities around the world. The first of the five film film series which was released in 2016 was set in New York City and The Crimes of Grindelwald will be in Paris. Yates couldn’t give us much more detail on the other locations but said;

“Jo’s already told us where the next one is taking place. It’s very exciting. This is a global story, ultimately. And given that there’s a global audience for this, it’s all the more delightful to take the story to different parts of the world.”

Though this beautiful fantasy world has its origins in the UK, showing the film taking place in different parts of the world spreads the idea that magic is not a region based phenomena but a world wide reality. This international story hopping could spell the creation of other interesting creatures specific to certain regions and cultures which would draw fans of the J.K. Rowlings world from all over.