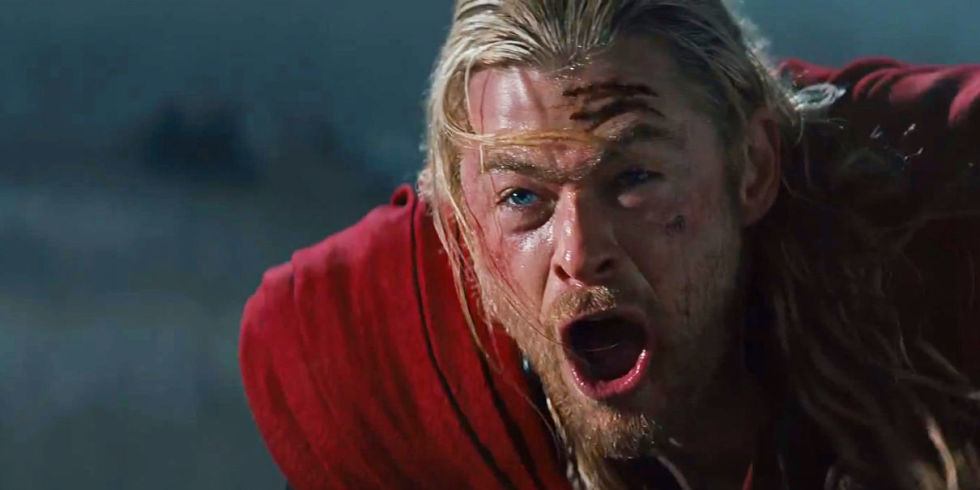 The God of Thunder has been a staple in the MCU since coming on the scene in the first Avengers film but as the Avengers saga is coming to its final three movies we may have seen the last of the Chris Hemsworth goldilocks. Though he is in Avengers: Infinity War and Avengers 4 there is no word yet from director Kevin Feige on whether this is a character we will see again down the line. Fans were treated to a great evolution of the character in Thor: Ragnarok, which saw the young brash Thor turn into a true thunder god who no longer needed to wield a hammer to channel his awesome power. He essential became the new Odin, replacing his father as the ruler of Asgard and the new All Father. That would all seem to be indications of him sticking around, especially with Thanos coming on the scene but Chris Hemsworth is not so sure. He spoke with USA Today, reported by Joblo;

“Contractually, right now — yeah, this is it. I’m done. I won’t be playing the character again. [It’s] a scary thought. This really seemed like this never-ending thing. And now it’s potentially finishing.”

Hemsworth seemed to have some disappointment in his tone, which is great to think about. If he stays excited about playing the role there is a chance we could still see him come back to the MCU, as Kevin Feige hinted to him that;

“There is a bigger platform now to continue if we want to.”

For not we will have to fondly remember how we say the little spark of godly power turn into a walking lighting bolt, which signified Asgardian butt kicker has officially arrived.

Previous post Fantastic Voyage: FANTASTIC BEASTS AND WHERE TO FIND THEM Goes Global

Next post If BABY DRIVER 2 Happens, Edgar Wright Will Be Behind The Wheel