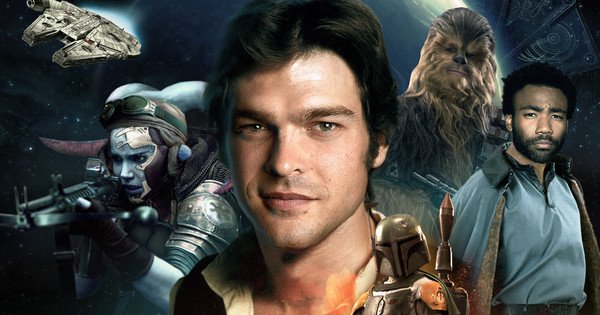 The Star Wars universe has traveled in time, from the Darth Vader days to the rule of The New Order, and in Rogue One has introduced us to the unsung heroes of the rebellion. With the newly released Star Wars: The Last Jedi a month old in theaters fans are already looking forward to the soon to be released Solo: A Star Wars Story, a film that will focus on the slick talking smuggler/gambler/thief/hero Han Solo. Though there is high anticipation for a film on one of the franchises most loved characters there is some uncertainty mixed in with that excitement and with good cause. Solo: A Star Wars Story is set to be released in a little over five months but there have yet to be released any official images of the characters or set and no teasers are leaking or circulating the world of social media.

This lack of any visual reassurance is only part of the anxious nail biting of fans, the other part is the change of directors with just weeks of filming left. Back in June Lucasfilm decided to change captains of the ship and handed the wheel to Ron Howard in July, an abrupt and unexpected removal of Phil Lord and Chris Miller, but one that did not disrupt the chemistry of the cast during the final weeks of production. While in an interview with IGN and reported by Comicbook, Phoebe Waller-Bridge, a cast member playing an unknown character in the movie, spoke on her experience with the new director, saying:

She also expressed her trust in Ron’s vision of the film:

“You just really trust him and it was just really exciting to work with him. I mean, it would’ve been exciting to just pass him in a corridor, let alone for him to be parachuted in to the film you’re working on.”

Though the film only had weeks of filming remaining the director then dived into the reshoots which lasted another few months as he added his own interpretation of of the story. When a director is changed towards the end of a films production there is a very good chance that much of the original director’s vision will be replaced.

Donald Glover, who is playing the role of one of Han’s closest friends Lando Calrissian, had a chance to address that possibility and touch on Ron Howard’s impact on the movie as he spoke in a press event by the Television Critics Association:

“I think we were never faced with anything like that and he did a good job of coming in and didn’t want us to change what we were doing at all. He wanted us to be comfortable with our vision.”

The trust of the actors and the confidence in their director is comforting but with nothing released about the film such as teasers and such, it leaves some doubt as to how well the movie will do with a summer release date. The Solo: A Star War Story is set to come to theaters May 25th, a month that will bombard the big screen with the highly anticipated Avengers: Infinity War the first week and Deadpool 2 May 18th.

2 thoughts on “SOLO: A STAR WARS STORY Cast Members Discusses The Change From Lord and Miller To Ron Howard”

Previous post EXCLUSIVE: WB Has Soured On Affleck, And Is THE BATMAN Part of The Shared Universe?