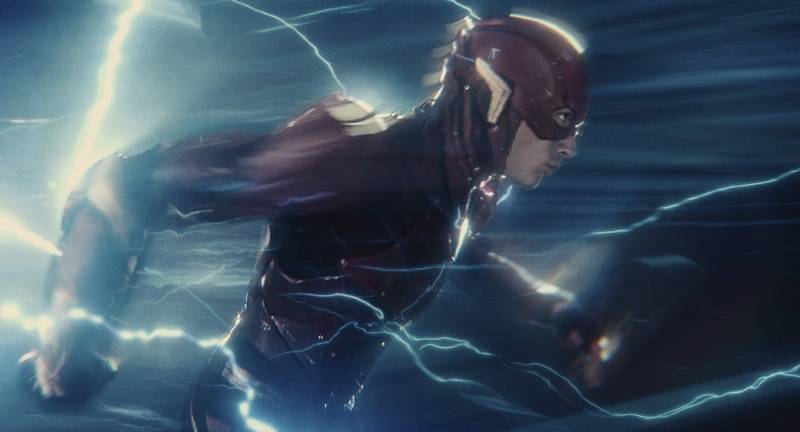 It’s finally happened, folks. Flashpoint has resolved it’s directing vacancy, and now the project can officially get kicked into the next gear. This is the latest evolution of a project that began its life as a solo The Flash movie a few years ago. At first, it was going to be directed by Seth Grahame-Smith. Then he dropped out. Then it was going to be Dope director Rick Famuyiwa. Then he dropped out. That last exit was in the fall of 2016. At the time, there had been hope that they’d pluck someone out of the Speed Force to get it done quickly because The Flash had a March 2018 release date to hit.

Instead, the project fell off the slate entirely.

When it finally reared its head again during the summer of 2017, it morphed from The Flash into Flashpoint, implying it would be a cinematic adaptation of one of DC’s most famous Flash storylines. Then a whole new series of rumors hit the net about who Warner Bros. wanted to direct it, with names like Robert Zemeckis (Back To The Future) getting thrown around.

But now, alas, we know who’ll be directing it: Jonathan Goldstein and John Francis Daley..

Goldstein and Daley join are one of several sets of Power Duos in Hollywood that the studios seem to love. They stand alongside the Russos, Lord and Miller, the Wachowskis, and soon- we hear- the Duffers. Their cinematic output up to this point has been as both writers and as directors. Writing credits include Marvel’s Spider-Man: Homecoming, Horrible Bosses, and Vacation. Directing credits include the aforementioned Vacation and the upcoming Game Night.

DC fans may be split on this news, as they were actually hoping one of those other Power Duos would get the job, i.e. Phil Lord and Chris Miller. Ever since they were fired from Solo: A Star Wars Story, they’ve sat atop the wish list of many for Flashpoint, especially since they’d flirted with the idea before.

It’s definitely interesting to see DC Entertainment, under the new guidance of Walter Hamada, hiring two guys who A. Just had a massive hit with Marvel’s Spider-Man reboot, and B. Have a background that’s primarily in the genre of comedy.

Also of note is that, according to Variety, they initially offered the Flashpoint directing job to Ben Affleck, who passed on it. Makes you wonder if they were trying to sweeten the pot to allow him to use the film as his long-rumored exit from the DC Universe. Alas, he didn’t take the job which still leaves the question: Just how will he handle his exit?

There are so many different elements to this story that make it noteworthy. Sound off in the comments below. We’d love to hear your thoughts on this huge DC news.

8 thoughts on “DC Hires SPIDER-MAN: HOMECOMING Writers To Direct FLASHPOINT After Affleck Passes On It!”

Next post STAR WARS: THE LAST JEDI Has Been Pulled From Every Theater In China