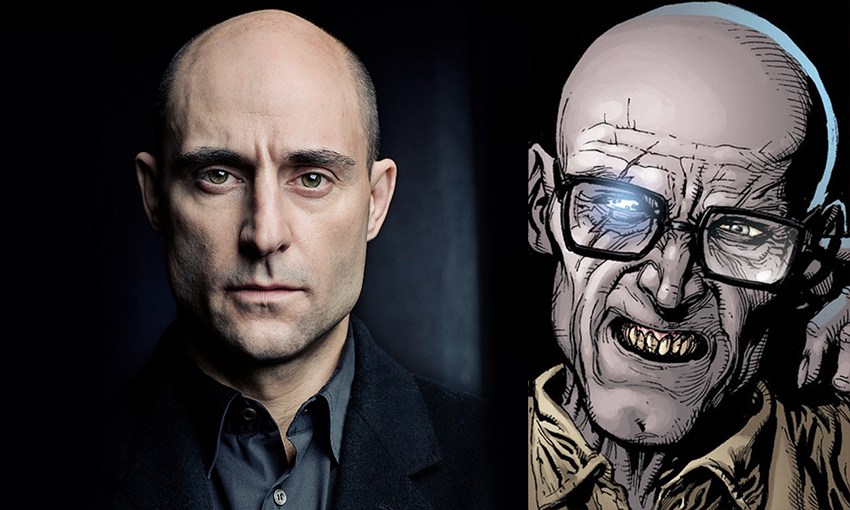 With the blessing of Merlin the big screen will be seeing the boy-man hero Shazam! blasting to a theater in 2019 and the film has already shored up the most important role of any superhero film, the villain! Mark Strong, last seen in the movie comic pages of Green Lantern in the DC Entertainment Universe, has confirmed he will be in the film and be the main thorn in the side of Zachary Levi who will be the boy –hero. As reported by Screenrant, he had a quick sit down with Celebretainment and shared his thoughts on playing the devious Doctor Thaddeus Sivan;

“I’m playing an evil bastard called Doctor Sivana, they are always the best characters to play, the most fun. I was Sinestro in Green Lantern which I thought was a rather good film but it didn’t do what they wanted so I feel like I’ve got unfinished business in the DC world, I played a pretty evil character in that and he was meant to get even worse in the second one but that never happened but I think I’m going to get the chance to do that in Shazam!, I hope so.”

Though I am sure some of us would disagree with the ‘Green Lantern which I though was rather good film…’ comment as it was not receive much praise from the fans, it is great to know that Strong has the desire to make this next DC villain one even more memorable than Sinestro. Admittedly, those who did see the film were excited for the sequel it hinted at when Strong’s Sinestro appeared in the after credits absorbing energy from a yellow ring. Going from power ring to wicked genius scientist is not a bad transition and with the studio protecting plot details of the script the intrigue for what we will see on screen is rising.

2 thoughts on “The Doctor Is In: Mark Strong Has Some Unfinished DC Business To Tend To In SHAZAM!”