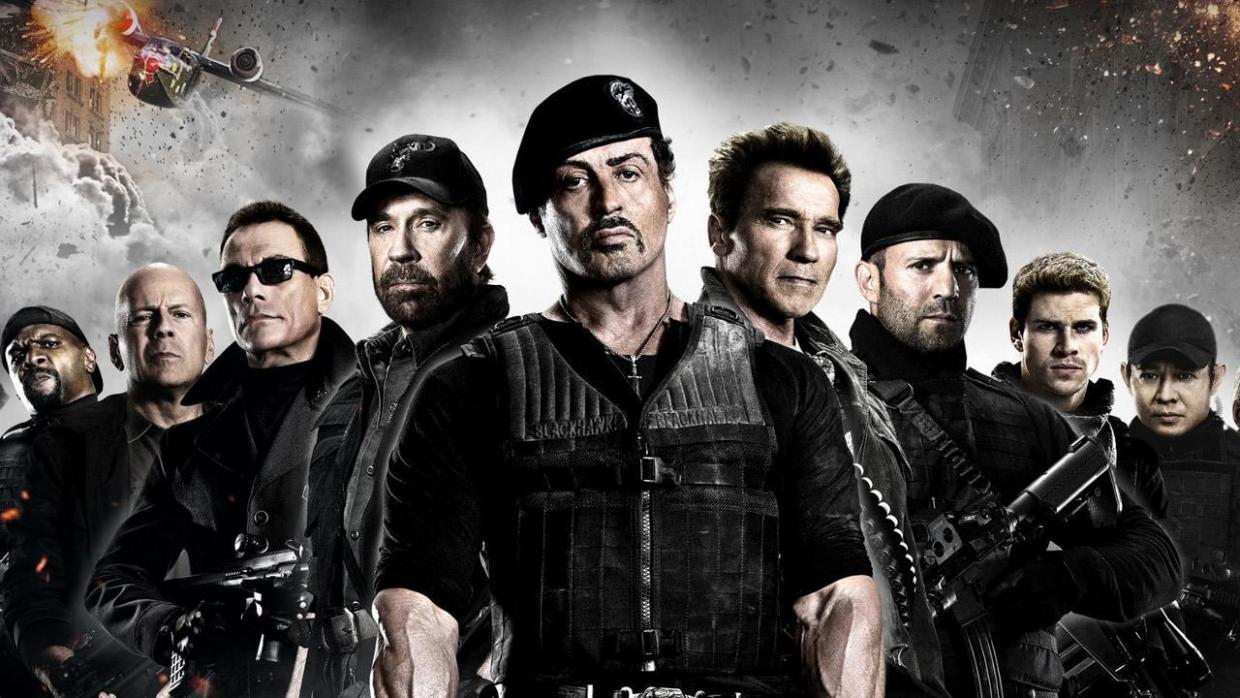 The Expendables 4 is one of those projects that people didn’t think would see the light of day. In fact, in March of last year, Deadline told us all it was off the table. And yet here we are with breaking news, straight from star Sylvester Stallone’s mouth, that The Expendables 4 is back on.

The first film came out in 2010 and it more than tripled its budget. The rated-R action film had a very winning conceit where they cast some of the most widely known action stars of yesterday and today, making each of them members of an aging group of mercenaries known as The Expendables. For hardcore action fans, it was a dream come true. You had a film that featured Stallone, Arnold Schwarzenegger, Bruce Willis, Jason Statham, Jet Li, Terry Crews, and Sly’s old Rocky IV nemesis Dolph Lundgren all in the same movie blowing stuff up together?

To take things a step further, there was even a very meta element to the proceedings, as the actors played riffs on their most iconic action roles. In the sequel, for example, there was a moment where you had Arnold and Willis doing each other’s signature lines from the Terminator and Die Hard series, respectively. So, tonally, you had movies that could comment on themselves and acknowledge the over-the-top mayhem of it all. The first two films in the series, especially, knew exactly what they were: Guilty Pleasures.

Then part three came out, and led things down a path that made it look like The Expendables 4 was dead as a doornail. Why? It seemingly forgot what it was. While the first films in the series embraced their B-movie trappings, and played like the fan-cast fantasies of overgrown boys playing with their favorite old action figures, The Expendables 3 made the bizarre decision to try and soften things with a PG-13 rating that took some of the shine off of the movie.

Audiences responded to the more tame film by giving it $100 Million less than its predecessor at the box office.

Lionsgate’s gamble, to take a series that was originally aimed at grown men and try to turn it into something they could bring their teenage kids to didn’t pay off. And so it seemed the Expendables series had fizzled out just as suddenly as it had started only four years prior.

Just when you thought it was safe to go outside…They’re coming back!

It reads “We are the shadows and the smoke, we rise. We are the ghosts that in the night,” and in the caption Stallone writes, “Just when you thought it was safe to go outside…They’re coming back!”

And then, just in case anyone thought he was being coy or referring to some other sort of reunion, he followed up with this post the next day:

BARNEY WILL BE BACK ! PLUS THE CREW AND A COUPLE NEW MEMBERS …

“Barney will be back! Plus the crew and a couple new members,” the caption reads. Barney is the name of his Expendables character, and here he is already making teases about the cast. So that’s about as clear as it gets.

Here’s hoping The Expendables 4 returns the series to its earlier glory days.

Now let’s let the speculation begin about who else is returning, and who these new crew members are. Who would you like to see join The Expendables? Sound off below!